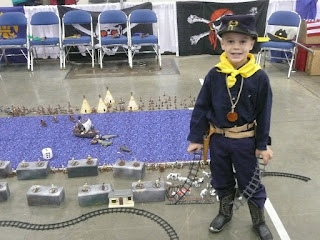 Nice write up. I have been to Gen Con multiple times and always wondered what it would be like with young kids. I know the crowd is not a problem. Most gamers (except for the crusty old grognards) like kids. But it's very "packed" atmosphere. Glad it worked out well for you.

Doc- you actually inspired us to go with your stories. It just took almost a decade for us to get our act together.

I have at least one friend who has been attending Gencon since she was born.