Tired of invisible print on buttons? Silver Sharpie to the rescue!

As you all know, Sharpies kind of rock our world. We've used them on medicine bottles and our kids. I fixed scratches on our coffee table with them. We've even handed them out as business cards at conventions.

I'm back to teaching after over a decade away, so there's not much time to spare. Scout and I were halfway through this hack before I thought to grab a camera.

As I'm sure I'll soon be telling my students, better late than never.

This hack video represents Scout's first blog appearance as a camerawoman. Not bad for a 6-year-old.


We hope everyone's back to school is going well!

***Baby Toolkit is a production of the geeky, over-committed Jones family in the middle Midwest. We're Amazon affiliates, so if you buy through our Amazon links, we'll get a small percentage that we'll promptly squander on board games or domain name fees or Sharpies or paperclips. We are in no way affiliated with Sharpie or their makers, though we would have a long history of Sharpie love. We also podcast about board game groups and board games at GreatBigTable.com. Thanks for reading the small print. This commendable behavior would surely get you bonus points in my class; how about a gold star?
Posted by adrienne at Friday, August 28, 2015 No comments:

The Case of the Tired Novel: On revisiting favorite childhood books

When we first had kids, I imagined our family enjoying together many of the books from my childhood. 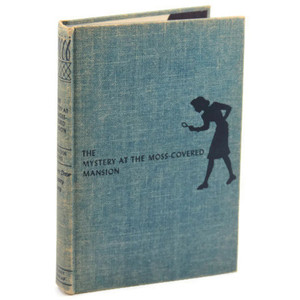 In my grandma's basement, green-covered Nancy Drews shared a shelf with the Hardy Boys. Time-crisp dust jackets broke at the creases as if they could no longer contain the adventures of 1950s and '60s kids' pulp. The Bobbsey Twins cheerfully solved crimes while hero dogs saved hapless humans time and time again. I don't think there was any book considered a classic on those shelves. My brother and I read them at every opportunity. They may not have been Choose-Your-Own-Adventures, but I marveled at sixteen-year-old Nancy's blue roadster, keen eye and seemingly limitless freedom.

At my small country grade school, the classics stood shoulder-to-shoulder waiting to fill any unoccupied student minute. Twain and Dickens were some of my favorites. These school's books also came from the years preceding mass market paperbacks.

Books seemed ageless. Of course I felt the distance of the years when reading, but the stories still breathed.

Even after weeding out the obvious twaddle, many books I loved did not stand up to the years when I tried to read them with our kids. And a few that they do like, I now actively dislike.

At present, the kids are obsessed with Encyclopedia Brown audiobooks. We listen to them in the car, the kids rapt in the riddles while Jim and I quietly snark about Idaville being the worst town in America. Despite a high case closure rate, crime is unusually high in Idaville. A known public menace is allowed to keep creating problems with no real consequences. Gambling and theft are high. People hide out from thugs. And worst of all, the police chief relies on his child to solve the crimes.

Often the cases are solved by details that are circumstantial at best. When Encyclopedia "proves" Bugs Meany is cheating a younger boy, Encyclopedia declares a letter and check forgeries because they are dated July 31st. While this may have been grand detective work in my childhood perception, an erroneously dated check now seems less like a smoking gun and more like a common paperwork error.

While social changes may make these old books seem outmoded, I'm becoming convinced that the literature of my childhood was inferior. It may have been the literary equivalent of the buddy parent: pandering and lacking complexity.

When I listen to Encyclopedia Brown with my kids, the books operate on a surface level. The heroes don't fear anything, and there's no moral complexity. Encyclopedia pronounces a verdict that everyone accepts no matter how thin the premise. The stories have all the depth and emotional authenticity of a Scooby-Doo episode.

That approach may have been enough when I was a kid, but there are so many better offerings today. I am convinced that children's literature has improved. It respects the young reader with complexity and depth in the stories and their emotions.

As a parent, I really appreciate this shift. I remember reading stories to try and understand the world around me- particularly the parts that adults didn't discuss. When the stories were preachy, prescriptive cautionary tales, they become predictable, relatively worthless and most offensively, not fun. 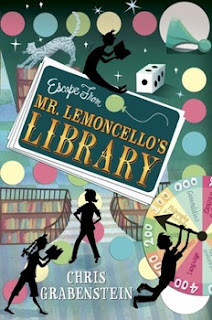 Accepting the limitations of my childhood favorites allows us to discover together the rich, new world of children's stories. Every parent who once loved Encyclopedia Brown should take the opportunity to Escape from Mr. Lemoncello's Library alongside their kids.

This BAD summer, we'll discuss some of our other new and old family favorites.

***Baby Toolkit is a tale told by a Midwestern gaming family, full of books and adventures, signifying something. We just don't know what. We are Amazon affiliates, so a small portion of purchases made through our links goes to pay for our domain name and general upkeep. Be sure to check out our gaming podcast at GreatBigTable.com.
Posted by adrienne at Thursday, June 11, 2015 No comments: 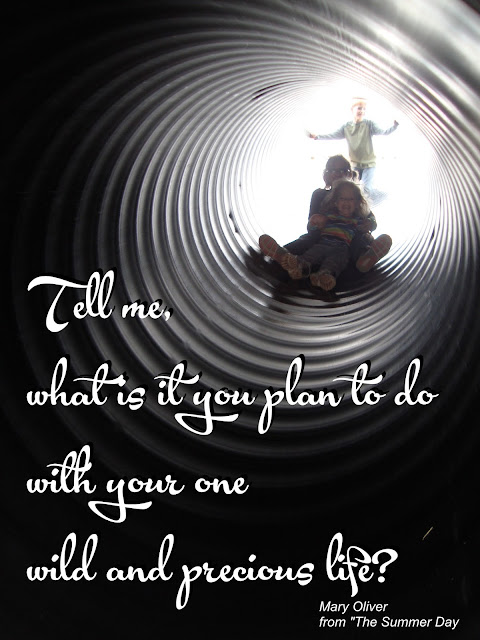 This rainy leftover-cake-for-breakfast morning* is the dawn of the kids' and I's summer together.

Our chaos-strewn house already looks like it was invaded by warring troops of toy and paper hoarding monkeys. We have a lot of work to make it a mere shambles again.

I couldn't be more excited. This summer holds so much potential, so much opportunity.

The kids and I decided to go for a BAD summer this year: book a day. We're going to try to read at least one book together every day. Rogue is four and Scout is a new reader, so we're setting our goal of one a day in the field of picture books. We're also planning on reading longer books aloud together throughout the week. Ranger and I will each be reading books at least 15 minutes a day every day.

Jim and I started reading chapter books aloud with the kids some evenings at dinner. There is magic in sharing the experience of books like Elise Broach's great beetle adventure Masterpiece and Doreen Cronin's retired rescue dog J.J. Tully mysteries The Trouble With Chickens, The Legend of Diamond Lil, and The Chicken Squad. As I looked up these titles, I found that both Broach and Cronin have extended these wonderful series with new titles. The kids ran into to look and we called Jim at work to tell him. The books are that good.

This summer we plan to cook, play, game, be creative, visit friends, make our home welcoming for visitors, laugh, dance, game, dream, listen to music, crack jokes,explore, learn, blow bubbles, share, help where we can, be part of our neighborhood and community, picnic, and recharge our souls.

Ranger and I will both be writing about the BAD books we find notable. I'm so excited that he's about to start writing here. 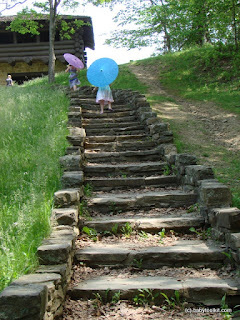 What should we be reading and doing?
What things are you planning?

May your summer be a wonderful adventure, friends!


*Even with leftover lemon cake available, the girls chose Cheerios. Ranger on the other hand, stumbled out of his room asking about the cake.

**Baby Toolkit is the ongoing story of a Midwestern family on the adventure that is life. We are astronauts on spaceship Earth taking in the vast wonder of the universe. We are also Amazon affiliates, so if you purchase after clicking through our links, a tiny bit of the proceeds become resources for future Jones endeavors. Check out our board game podcast at GreatBigTable.com.
Posted by adrienne at Monday, June 01, 2015 No comments: 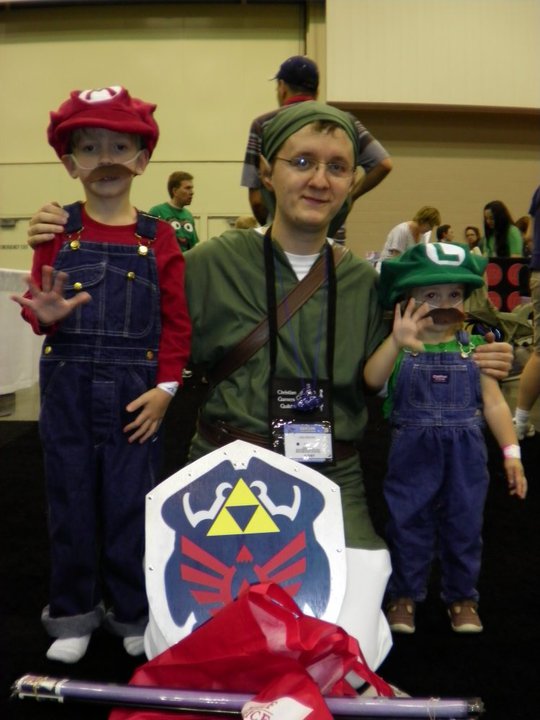