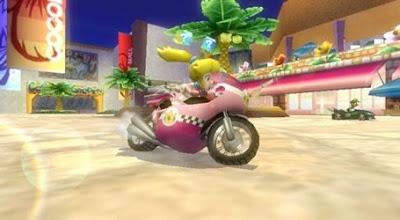 When we went to the eye doctor today, my heart was lodged firmly in my throat. A couple weeks ago, I saw Ranger's eyes momentarily deviate from synchronization and struggle to regain focus.

With a family history of undiagnosed lazy eye, I prepared for bad news. In my total preoccupation with diagnosis, I completely forgot to prepare Ranger for his appointment. And maybe that helped us improvise.

Ranger literally drug his feet when called back to his appointment. I stepped in front of him and started talking excitedly about the technology in the room upon entry.

"oooh, look! Letters!" I exclaimed about the computer screen displaying an eye chart. "WOW! Look at all those knobs!" I pointed at the machine with all the flipping lenses.

Ranger chose to sit on my lap in the exam chair. Being a technophile, he couldn't resist the glowing pixels of the eye chart. Before the doctor even started asking him questions, he was reading the first 4 letters to Jim.

About halfway through the exam, he asked Jim to trade me places. When the doctor pulled out the apparatus that requires the patient place their chin and forehead against the machine and hold still, I wondered mutely how it would go.

Jim took over as cheerleader. "Look buddy, it has HANDLES- just like a MOTORCYCLE."

I should note that Ranger is obsessed with video games to the point that he's pioneering his own English dialect of videogamlish. He randomly assigns many experiences of daily life random points values, and he calls everything fun from playing in the sink to rolling marbles across the floor video games. His absolute favorite actual video game at the moment is Mario Kart for Wii (which he only plays about once a month), and his transport of choice is the motorcycle.

I smiled at Jim's subtle reference and raised it a notch, "Wow, buddy, you get to play the eye video game. You can get 100 points for that eye."

He leaned right into the harness, grinning big. The doctor checked his right eye. He sat back when she was done.

"I hear the other eye is worth 150 points if you're good at this game."

The doctor confirmed this. High fives all around.

Then it was time to choose glasses (lazy eye detected early, in case you were wondering).

After bolstering his reluctant glasses choice with an "Uncle Punk will LOVE those!" he was hesitant to let the technician peer into his eyes with her little scope.

When she said look into the white light I thought of death and then Pong.

"Ooooh, that's a great game! I wonder if you can get points."

Ranger immediately became interested in the "game." Afterwards, I suggested to the technician that Ranger may have earned some impressive points "A score of 200, you think?"

And you know what, it was the high score of the day.

P.S. Eye exams are recommended around one, three, and when starting school. Free infant eye exams are offered through the InfantSEE program for all babies 6 months to 1 year.

Related post:
The Eyes Have It: InfantSEE.org
Posted by adrienne at Friday, February 13, 2009

Can't wait to see him in them! Good for you on making it into a game. I should remember that...helps calm momma's nerves too! ~karen

Awesome, I can't believe what a high score he got at the eye doctor!

I love this idea! Great job finding a way to make the eye doctor's appointment fun and engaging.