Lose the Rules for Life? Board Game Geek Can Hook You Up

If you only want the rules for the board game life- click here- but you're missing a really fine article. 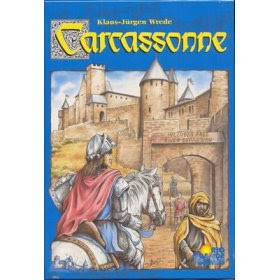 Our family obsession with games is pretty well known. BabyGeek's Aunt Julie likes to mock us whenever we beeline for the Game Preserve in Indianapolis' Keystone area. Yes, the store is full miniature-painting, card collecting adolescent boys who would rather be Lothar the Thief a dragon-slaying, third-level sage, but isn't that a rather sane response to junior high or high school?

Boys master escapism and learn dice probability while girls review image-obsessed popular media, feel insecure despite their innate youthful beauty, and pick on each other- and the boys frequenting the game shops. Who in this scenario is healthier? I'll tell you, as a college 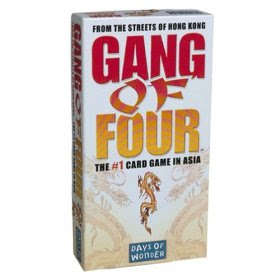 advisor, it looked like more of these boys emerged from high school with their souls intact (albeit somewhat buried). These are the gentle, slightly dreamstruck boys who parents should want to see on their doorsteps during the mate selection years. One wise friend even suggests game playing as a criteria for his daughter's potential suitors (citing classical origins from "The Odyssey").

(And, yes, former geek boys- I know I got the whole Lothar description all wrong. Maybe there are no sages on the third level, or a player can't be a sage and a thief. Yes, I could have called a number of former D&D players in my life and gotten a well-drawn explanation, but those are minutes of my life that would not be refunded, so please bear with a shoddy hypothetical. Plus, Jim may be so overcome with sympathy for my inadequate description that he actually logs in and edits 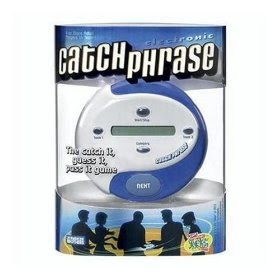 We walk past the RPGs and the "collecting" games into strategy and party game heaven. These corners of the game store are not populated by the normal young boy clientele. They instead have a few straggling adults trying to locate and purchase games quickly with minimal interaction with the young fellows lest they end up on some type of child predator watchlist.

That doesn't allow for much browsing time unless you go during school hours when the store is much less crowded. And although the staff at Game Preserve is excellent, informed, 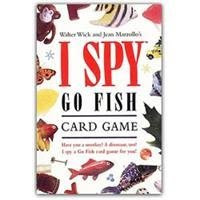 and helpful, very few have played every game in the store. We were quite grateful when a game-obsessed friend and game design hobbyist referred us to Board Game Geek for game reviews.

When I started finding great games at thrift shops, I found that many of them contained everything except the rules. Board Game Geek, with its great network of dedicated users and smart incentives (Geek Gold and Thumbs Ups) for uploading photos and information, offers a very full profile of games including rules, variations, and helpful homemade tools.

The geek forums are great if you want to discuss a game at length, show off a thrift shop find, trade games or parts, or asking about getting replacement parts for a specific game.

In honor of the season, BGG offers a Game Gift Guide. They also offer links to recommended game stores and other good game gift lists.

Games can be great gifts as they offer joy to players again and again (unless you are playing Uno with one of our relatives or Monopoly after adolescence).

BGG or "The Geek," offers a lot of insight into games and the people who play them.

Some of our favorite games:
The above list is only the tip of the iceberg of games we love. Jim keeps 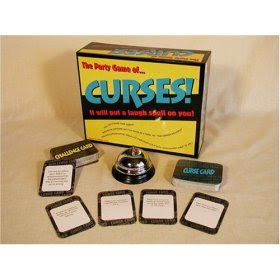 calling me with ideas, but I've quit answering the phone. He'll have to post more in the comments field.

As can you- what games do you love, and why? What games should be relegated to the dust bin?
Posted by adrienne at Monday, December 11, 2006

I'll second Carcassone. Awesome, fun game. Anyone who likes it would probably also like Settlers of Catan -- a bit more strategy/complexity, but very fun for a small group.

I really enjoy the lists at BGG, and I want to mention that I've made a few purchases from cardhaus.com, a retail site that advertises on BGG. I've been happy with all my shipments, and the prices are usually lower than amazon.com.

Once Upon a TIme by Atlas Games is the best card game I've ever played. Ever. It does take the right crowd though. It is a free style story telling game where you are only lightly cued by the cards in hand. It is also easy to break the intent of the game and force a win quickly and simply, so not for type A personalities who are too far down the competitive side.

I have to second Settlers of Catan, though I haven't bought my own copy yet.

Then there is Dungeon Twister, which is much more interesting as a name with out context, but is still a fun game. It is sort of like a 2 player 30 minute version of hero quest.

Cathedral is another one of those spatial games, and pretty fun for a 2d tile placement game.

Acquire is a tile game too but it plays out on the z axis as well as the x and y.

As for places to buy games, I have been buying from Thoughthammer.com recently. They have decent prices and a set 8 dollar ground shipping until you break 125 dollars where it becomes free.

I love the Game Preserve in Bloomington.

Oh, those are great! Though I do have to have we've grown tired of Blokus... Too little interaction, too much staring at the board in silence. Wise and Othewise is a staple at our house, as actually is D&D (and I only started playing in my 20s! Hecause I'm a girl. I didn't even know about it in high school. Yeesh.) We'll have to check out those other ones you mention - many are new to my ears, though BGG is a great site I've visited before.

(I am a 12+1/2 year old female human) I do not like Settlers of Catan (or the variations) very much, but I'm an impatient person. I do, however, like Cranium games such as Cadoo, and many, many, MANY more. The last time we tried one on someone under 5, (my then 4 year old cousin) she didn't like it. But of course, she's more impatient than I am!