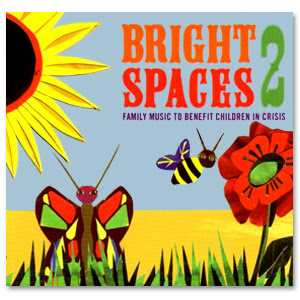 Anyone who has been unfortunate enough to ask me what I've been listening to lately knows that I'm somewhat fixated on the music of Dan Zanes. It started with Sea Music about 8 months before Ranger was born: I listened once and I was hooked. There's just something about a young boy singing "It's all for me grog, me noggin', noggin' grog. It's all for me beer and tobacco." It appeals to my twisted humor and a family love for traditional music and storytelling.

If you've been fortunate enough to avoid Dan Zanes discussions with me thus far, he has two albums of traditional music (the amazing aforementioned Sea Music and the Parents' Choice Recommended Parades and Panaramas with traditional songs about hobos and the sinking Titanic) and 5 high-quality, fun-for-adults-too family albums (Rocket Ship Beach, Family Dance, Night Time!, House Party!, and Catch That Train!). No one should miss out on future kid music classics like "King Kong Kitchie," my favorite twilight song "Linger for Awhile," or happy parenting songs like "Smile, Smile, Smile."

Zanes sings with too many music luminaries to list. Kids get doses of Suzanne Vega, Lou Reed, The Blind Boys of Alabama, the Kronos Quartet, and Aimee Mann (to name a few) when listening, dancing, and singing.

It's great stuff, but it's not why I'm writing this post. Zanes put together a compilation called "Bright Spaces 2: Family Music to Benefit Kids in Crisis." It benefits Bright Horizons Foundation for Children which creates playspaces for children and families in homeless shelters. Zanes calls the album a "musical scrapbook," but to me it offers the same fascinating perspective as prowling through a favorite writer's personal library.

So, I started looking for this remarkable voice in independent efforts. Her joint album with Lisa Loeb (Catch the Moon) just wasn't going to make it home with me. Somehow Lisa Loeb has always struck me as a geek poser, and while it's common for geeks to pose (usually with comical results) as everything from ninja to supermodel, it's just not right when people try to be us. Seriously, it's easy enough to be a geek- just get really passionate about something completely esoteric or unpopular. Why pose when it's so readily attainable and you're missing the very best part of geekhood?

Maybe I'm wrong, but that's been my impression. [Everyone is now looking for their "unsubscribe" button- sorry, back to the music.] 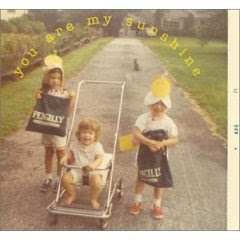 So, I go to the local booksellers. Nada. Indianapolis, album with Lisa Loeb. I'm universally striking out. Make mental note to order online, lose mind. Months later see 2002 album, You Are My Sunshine

in kids' cds at bookstore. Beeline to cash register. I should have run to the cash register and installed a cd player in my car so I could listen to it that much sooner (I know, I still use tapes in my car- how 1980- at least they're not 8-tracks).

This is unmistakably a kids' album, but it's the best part of being of a kid. "I'm So Glad I'm Here" can turn even a "testing the boundaries" morning into a passable day. "Ooby Dooby" is the best kind of jump-around brainworm.

Get this album, your kids will thank you for it...

If you're lucky enough to hear her other albums please drop me a line.

*BabyToolkit has no relationship with any of the artists listed above and has received no compensation (other than the pleasure of listening) from them for this review. My apologies to Lisa Loeb and her fans if my comments are misguided.
Posted by adrienne at Thursday, July 05, 2007

Elizabeth Mitchell's album "You are my little bird" is also fantastic. It was the first album that opened up a world of music that my daughter and I both love. I would highly recommend this one.

For LOTS of musical recommendations for tots, go to the blog written by the Lovely Mrs. Davis at: http://lovelydavis.blogspot.com/ She's got terrific taste and will help you cull through the rapidly growing musical offerings in kiddie-land (some great and some not-so-good)

We have both of her albums and received "Your are my Sunshine" as a, uh, copy from a friend. I cannot tell you how wonderful her albums are. You can get them off of iTunes, so there is an alternate option from used CDs. Regardless, this is a children's album that I can listen too without our 8 month old being around